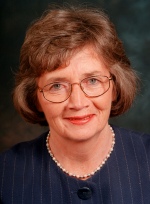 Coming to live in Northern Ireland in 1960 was for me a culture shock.
My first experience of democracy Northern Ireland style was when I went to vote.  The choice was between abstentionist republican, labour and Ulster unionist.  Seeing abstentionism as a wasted vote I had decided to vote labour.  On presenting my voting card I was informed that I had already voted.  I then noted that Antoin’s name beside mine was also crossed off although he had not voted at that stage. I was given a pink ballot paper.  This would count in the event of a tie, I was told.  All the polling officials were unionist and only the unionist party had agents present.  In a state of frustration, anger and helplessness I voted for the republican!  In those days, Westminster elections were left to abstentionist republicans and Stormont elections to the Nationalist Party.

Lurgan, a town with over 40% catholic population, was run by a 100% unionist Council. – the result of a system of gerrymandering called the block voting system.  In Derry with a catholic majority gerrymandering was done by manipulating the wards to ensure a unionist majority   In Lurgan with its unionist majority block voting ensured that nationalists were totally excluded.  A split within unionism in the early sixties resulted in four independent nationalists being elected.  In the immediate aftermath, a young unionist councillor, subsequently Mayor of Craigavon and presently MLA, Samuel Gardner stated “ This must never be allowed to happen again”

Discrimination against the catholic community in the area of jobs and housing was the order of the day.  Unionist representatives appeared on television programmes and rubbished claims from nationalists that this was the case.  They got away with it, in the words of the late Paddy Mc Grory, the Belfast solicitor “Southern politicians thundered from the backs of lorries at election times about the fourth green field” but that was the height of their contribution to the situation in which northern nationalist found themselves.  Intermittent IRA campaigns served only to strengthen the unionist grip on power.  The late Patsy Mc Cooey in his foreword to Conn Mc Cluskey’s book, “Up off Their Knees” put it in a nutshell – “That was just the way it was and what cannot be cured must be endured, as the Tyrone woman put it ‘what bees, biz’ Those who suffered the injustices smouldered on, their resentment unchannelled and made even keener by their impotence.”

Into this hopeless situation stepped two people with a social conscience, a burning desire to see justice done and a deep and extraordinary commitment to that goal.  It will not be possible for me in the time allocated to cover half of their contribution.  I will simply give you a flavour. You could say that Conn and Patricia Mc Cluskey were an unlikely couple.
Conn, a general practitioner in Dungannon and his wife, Patricia, comfortably off with three daughters reared.   In 1960’s Northern Ireland such people kept their heads down and ploughed on minding their own business.

But the Mc Cluskeys were no ordinary couple.   With tongue in cheek Conn opines that if the theory advanced by a few American psychologists that babies in the womb can be influenced by events around them then his involvement in civil rights received an early push.  When he was on the way, his parents rented as their first home Cohannon House near Dungannon, until then always let to Protestants.   The local Orangemen assembled at the gates beating their drums in protest, eventually forcing his parents to move to the mainly nationalist area of Warrenpoint.  Patricia Mc Shane was reared on the main street in Portadown where her father owned a drapery shop.  Drumming, intimidation, smashing of windows got so bad during the July marching season that year after year the young Mc Shane family had to be sent away for safety.

It was however the heartbreaking experiences revealed to Conn in his daily surgery and on his rounds that brought Conn and Patricia to the conclusion that something had to be done about it.  Young married couples with small children were forced to live in cramped conditions, often husband and wife having to live apart, each with their respective parents. In one particularly bad case a private house had been converted into eight flats, one of which housed a couple with eight children living in one room.
No medical treatment could alleviate the health consequences of such intolerably stressful conditions

Something had to be done.  The Homeless Citizens League was formed by a group of women led by Angela Mc Crystal and Patricia Mc Cluskey. They picketed the Council offices.  A delegation from the League was received by the Council.  To no avail. The 142 new council houses were allocated mainly to Protestant newly weds.

And so the very first, if rarely acknowledged, protest march of the civil rights movement, organised by the Homeless Citizens League took place in Dungannon in June 1963.  Still the Council refused to budge.  It was put about that the protesters were a bunch of rabble rousers.  A group of homeless young women pushing prams and led by the smartly dressed wife of the local doctor.  An unlikely group of rabble rousers!

At this time an estate of prefabs in reasonably habitable conditions were about to be sold off by the Council for outhouses.  On the night of August 27th, 1963, almost exactly forty five years ago to this day, seventeen families moved in to squat.   The Council illegally cut off electricity and water supplies.  Forced to reconnect these they threatened to take the families off the waiting list. The Press and TV cameras arrived and eventually the Minister for Health and Local Government, William Morgan agreed to receive a delegation from the squatters. (Conn Mc Cluskey, the late Maurice Byrne, local dentist and the late Chris Mallon, local solicitor).

At this stage thirty five houses had been taken over. The Minister had no option but to allow them to remain.  A new housing estate in the nationalist ward was to be quickly completed and the squatters were promised houses there.

What a dramatic demonstration of the power of dignified peaceful protest!  A small group of local women in Dungannon, dogged and determined, had taken on the unionist controlled Council and won.

Yes, change was possible after all.

The following year, Patricia and six colleagues contested the local elections. On a 97 % turnout across the board, Patricia, John Donaghy, Patsy Mc Cooey and James Corrigan were elected.  The nationalist community in Dungannon had got up off their knees.

Let me stress that all this was happening at a time when the unionist party was in full control in Stormont and the British Government continued to shirk its sovereign responsibility for the situation in Northern Ireland, maintaining it could not interfere in the affairs of the Stormont government.

50 years of republican rhetoric, with intermittent bouts of IRA violence had changed nothing for the nationalist community in Northern Ireland.

Again the Mc Cluskeys realised that something had to be done.

Since Northern Ireland was part of the United Kingdom they would seek the ordinary rights of British citizens which were denied them.  This of course subsequently became the mantra of the Civil Rights Movement.  And so they set about establishing the Campaign for Social Justice.  In the words of the late Patsy Mc Cooey, a man of integrity and commitment to justice, this development was “the single most important one in the genesis of the Civil Rights Movement.”

Like the Mc Cluskeys, those who formed the Campaign Committee with them showed enormous courage and commitment in the climate of that time.  With a strong Unionist Party in complete control, backed up by the RUC and the B Specials, with the British Government resolutely turning a blind eye to the situation, “Whatever you say, say nothing” was very much the order of the day.

The press release at their first press conference in the Wellington Park Hotel in January 1964 stated:

“The Government of Northern Ireland’s policies of apartheid and discrimination have continued to be implemented at all levels with such zeal that we have banded ourselves together to oppose them……Our first objective will be to collect comprehensive and accurate data on all injustices done against all creeds and political opinions, including details of discrimination in jobs and houses and to bring them to the attention of as many socially minded people as possible.”

And so began the hard, grinding and unspectacular work of the Campaign.  The world of Conn and Patricia Mc Cluskey was turned upside down.  They were threatened and slandered, even cajoled by surrogates of unionist politicians, misunderstood by those who suspected them of ulterior motives – political ambitions perhaps.  Their feet firmly on the ground, they never wavered.

Their home in Dungannon became the headquarters of the Campaign. All of this while Conn ran a busy practice and on many occasions had reason to fear for his life as he travelled the country roads at night responding to emergency calls.  The facts of discrimination along with outrageous statements by unionist politicians were meticulously collated and dispatched in the first and second editions of “The Plain Truth” and in Newsletters nationally and internationally from Washington to London and further a field where influence could be brought to bear and indeed shame reflected on the British Government and unionists.  For the first time there was incontrovertible and incontestable evidence of blatant discrimination against the nationalist community.

They travelled to London and Washington, informing the Campaign for Democracy in Ulster, The British National Council for Civil Liberties, The British Society of Labour Lawyers, The American Committee for Ulster Justice which included Paul O’Dwyer and of course Ted Kennedy, always armed with their leaflets and pamphlets setting out in stark terms the facts of discrimination in Northern Ireland and garnering support for their cause.   They supported Fr. Denis Faul in exposing the biased nature of the courts in Northern Ireland.   The unavailability of legal aid to those seeking to oppose discrimination through the courts was highlighted in a leaflet outlining their own experience.

They were founder members of the Northern Ireland Civil Rights Association in 1967 and Conn served as an Executive member in the initial years.

There was never a hint of sectarianism.  Speaking to a rally in Manchester organised by the CDU in November 1966 Patricia said “There are thousands of fine Protestants whose emotions have been so worked upon that they are a frightened people.  We want to change all that.  We want to live with our Protestant neighbours as equals, as fellow Christians and as fellow Irishmen and women.”

I have no doubt that the seeds of the change that we have witnessed in recent years were sown by Conn and Patricia Mc Cluskey with the help of their colleagues in the Campaign for Social Justice in those early years of protest.  It is entirely appropriate that in this, the fortieth anniversary of the Civil Rights Movement we should applaud and acknowledge the courage, the commitment and the foresight of two extraordinary people.
It has been indeed a privilege to have worked with them in those early years and to have enjoyed their friendship for the past four decades.

Many of the younger generation may not realise that in some measure they owe the status of equality that they now take for granted to the sacrifices of a general practitioner in Dungannon and his wife.  For in the hopeless and dark world of second class citizenship inhabited by their grandparents Conn and Patricia mc Cluskey lit a candle which grew into a mighty flame.

On behalf of the Civil Rights Committee and of all of who were involved in that struggle,

NOTE:
The original Committee of the Campaign for Social Justice was as follows: